House Fire with Rescue of Resident: On Thursday, January 14, 2021 at approximately 1310 hours the Christiana Fire Company and mutual aid companies were alerted to a residential fire in the Caravel Hunt neighborhood. It was later discovered that a seven year old resident alerted her family to their house being involved in fire. This child’s action undoubtedly saved lives. Furthermore, former Christiana Fire Deputy Chief (1997-2007) Larry Bub Duhadaway was i. The neighborhood when the fire was alerted. Deputy Chief Duhadaway was one of the first to arrive to render assistance. The residence was a two story single family home with an addition to the rear. Fire was found to be involving the rear of the home and smoke was showing from the front and rear of the residence. It was determined there may be a resident still inside of the burning home. Deputy Chief Duhadaway got down low at the front door and looked under the smoke across the floor for as far as he could see. Deputy Chief Duhadaway was able to observe feet approximately ten to fifteen feet inside of the residence. Deputy Chief Duhadaway entered the burning residence without any protective fire gear or breathing apparatus and removed the collapsed resident. Deputy Chief Duhadaway brought the resident to the front yard where the resident was immediately rendered basic and advanced life support care by patrol officers with the New Castle County Police, paramedics from the New Castle County Paramedics and our fantastic EMT’s on Christiana ambulances. The resident was transported to the Christiana Hospital Emergency Department for further care. Fire suppression and search and rescue operations were conducted in conjunction with the patient care provided to the resident. Engine 12 completed a forward lay from a nearby hydrant, stretched an attack line and entered the residence to extinguish the fire. Engine 12 was the first due engine. Ladder 12 arrived and immediately completed primary searches of all floors, ensuring no more residents were inside. Ladder 12’s crew opened up for the engine companies once the searches were completed. It should also be noted, the Christiana Fire Company is currently borrowing Longwood Fire Company’s (Pennsylvania) tiller ladder truck while both of our aerial apparatus are down for maintenance. We greatly thank them for their gracious loan! Christiana Fire Company’s Fire Chief Cowperthwait (12-8) established and operated as the, “Christiana Command”. This fire proves the effectiveness and importance of our fire ground operations, that are deep seated in Christiana’s history! Deputy Chief Duhadaway is the son of Life Member Larry Duhadaway, who unfortunately passed away a couple years ago. Deputy Chief Duhadaway’s father was full of nothing but pride and love for this company, and we are certain he is proud of his son! Deputy Chief Duhadaway is a career firefighter/operator on Howard County Fire Department’s Engine Company 1 and a current Life Member with Christiana! Our thoughts are with the family and all of those involved! We thank our mutual aid companies who responded and for Engine 16 of Elsmere Fire Company No.1 and Ladder 17 of Five Points Fire Company for covering Station 12 during today’s fire. #ChristianaFire 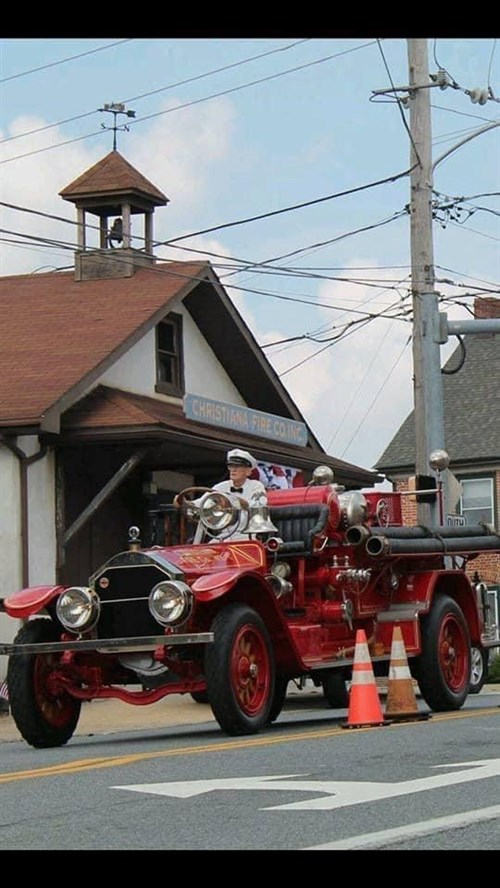 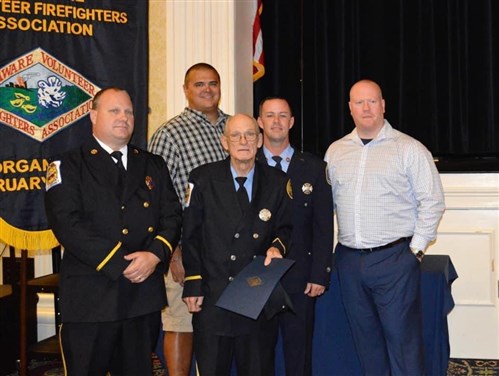 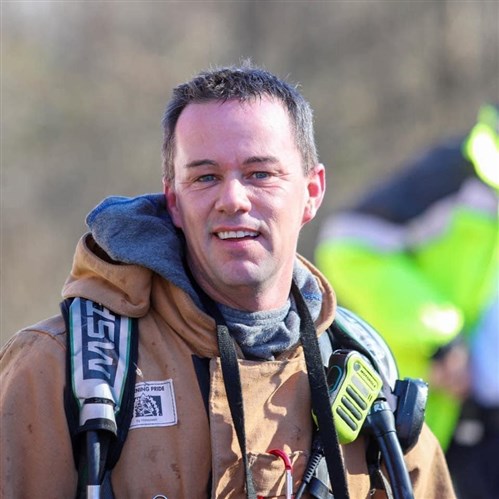 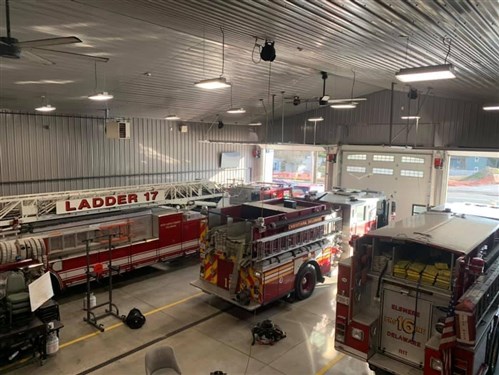 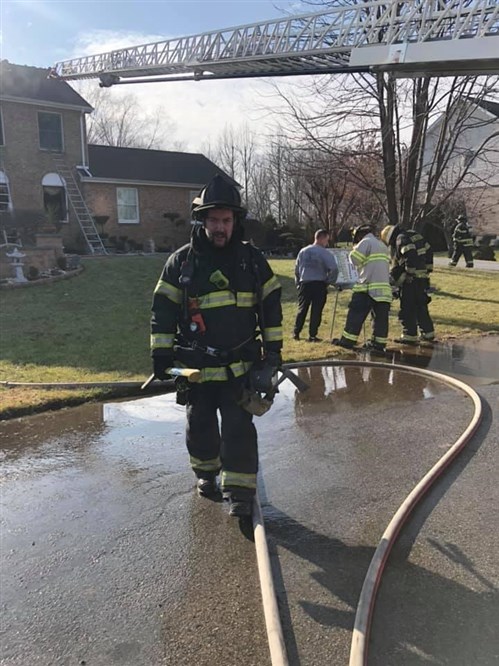 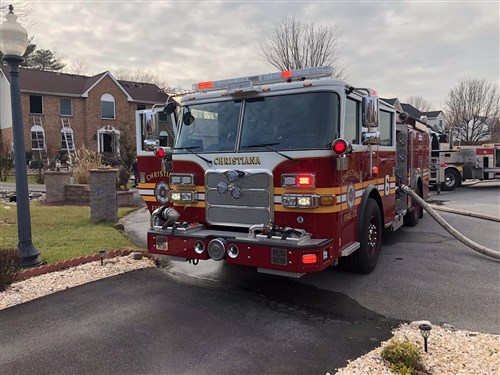 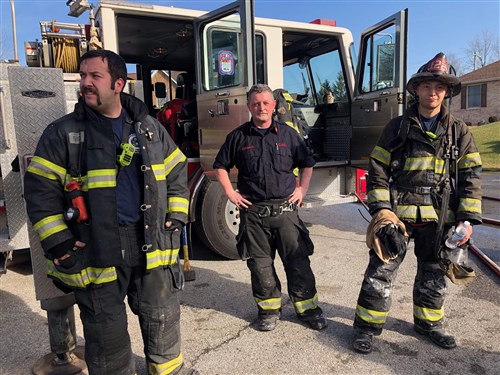 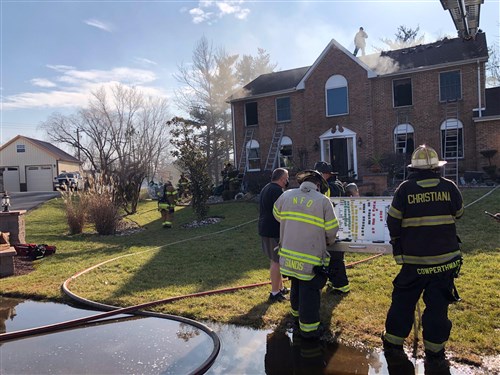 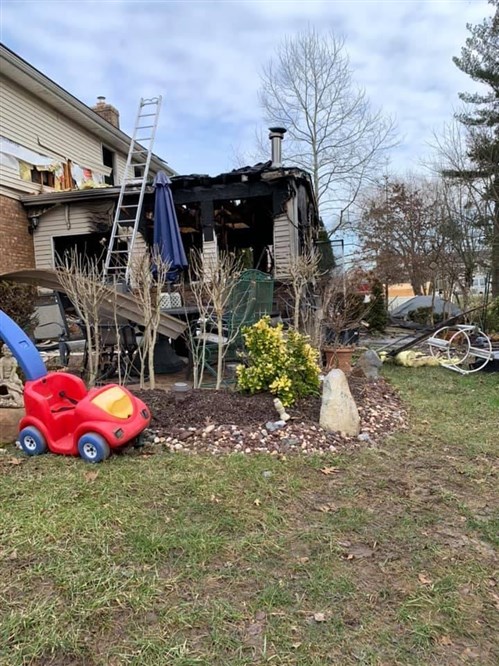 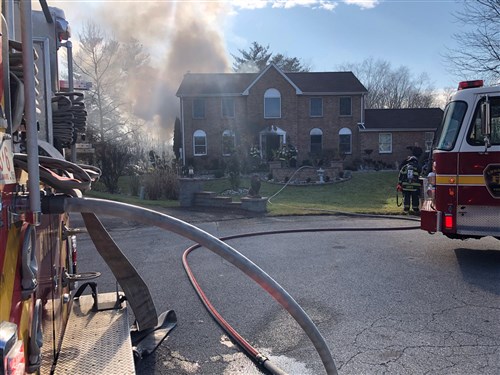 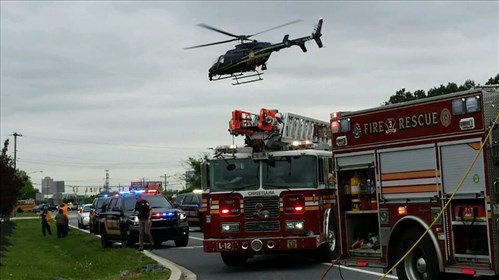