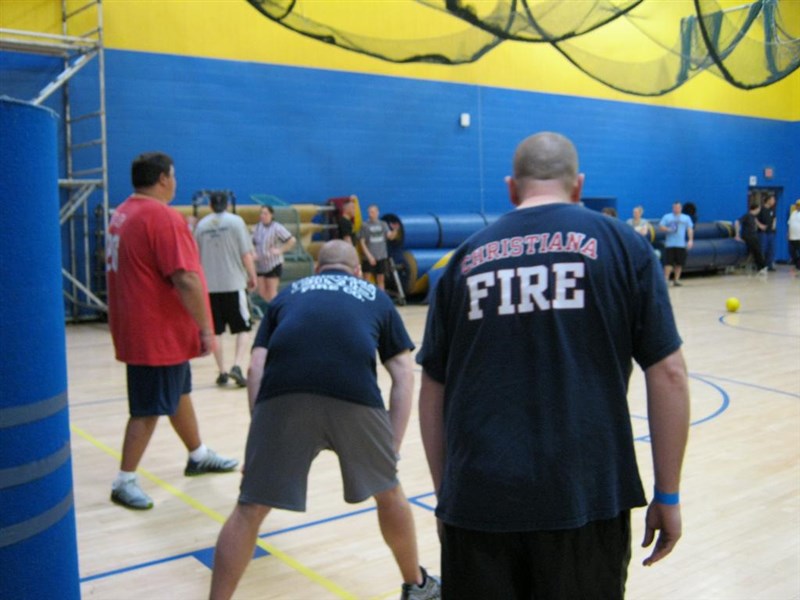 The Christiana Fire Company sponsored a team in the Dodgeball Madness Tournament benefiting Special Olympics Delaware. The tournament was held March 19th at Caesar Rodney High School. The Crusty Bananas did well winning their division and making it to the semi-final round. Team members were Chief Brian Reeder, Captain Minh Nguyen, Safety Officer Matt Lutz and firefighters Sonny Atkins, Rob Harvey, Eric Comley and Chris Jones. Other members who participated in the tournament were Vice President John Saville who played for the Fraternal Order of Police Lodge #7 and Brent Billings who played for team Hassle the Castle. Deputy Chief Rich Perillo served as one of the coordinators for the tournament. Family and members made the trip to cheer on the Crusty Bananas. In the end it was a very successful day for Special Olympics Delaware. 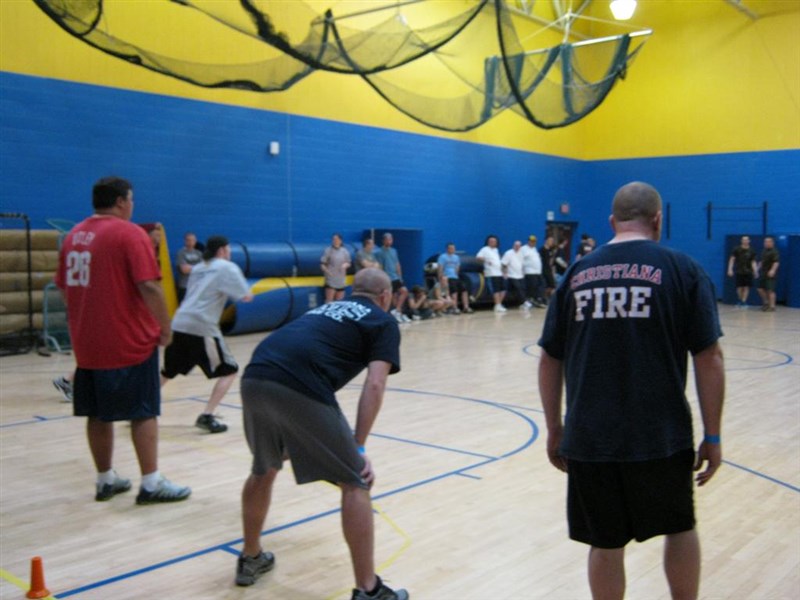 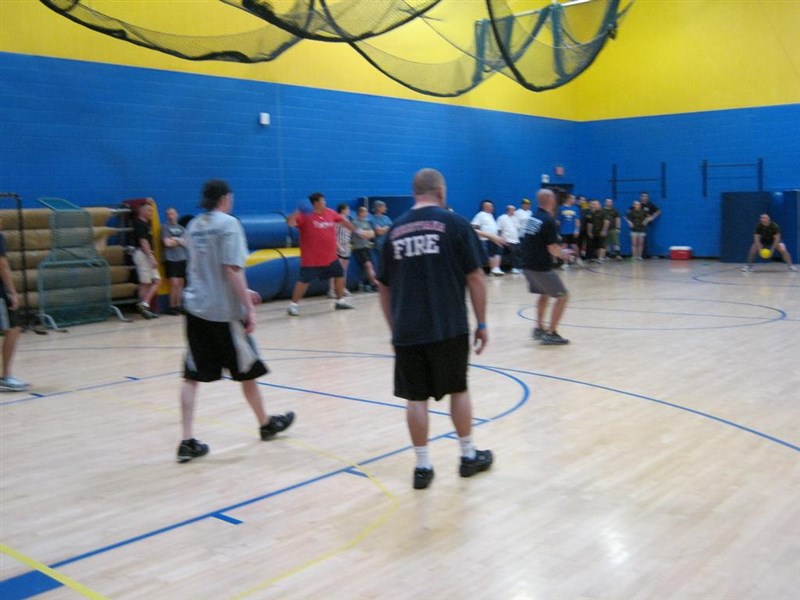 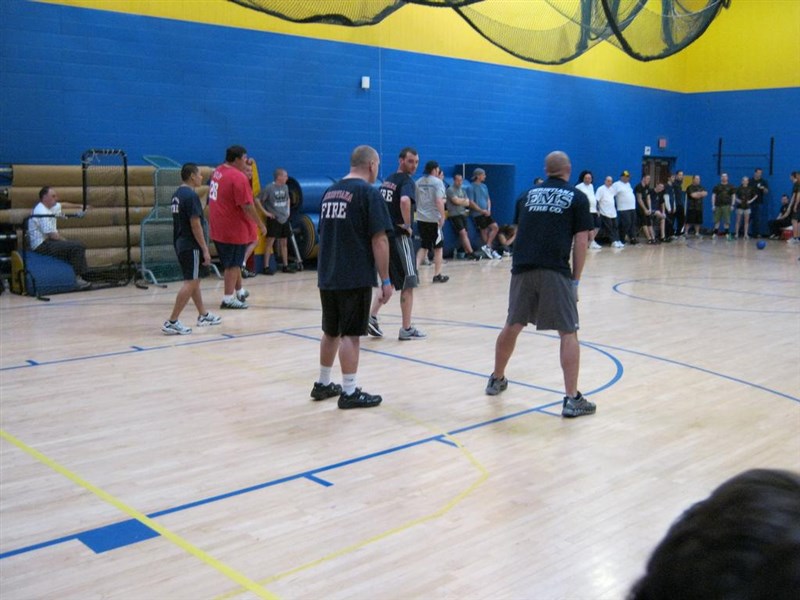 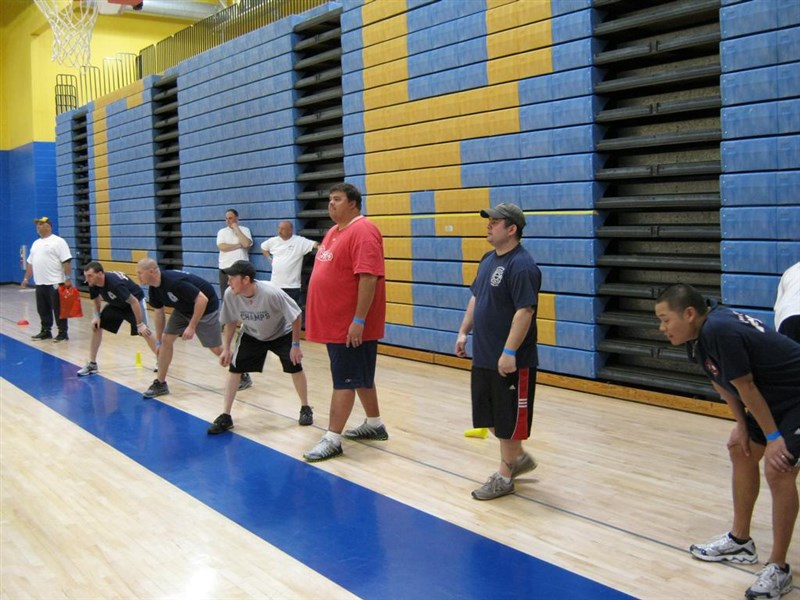 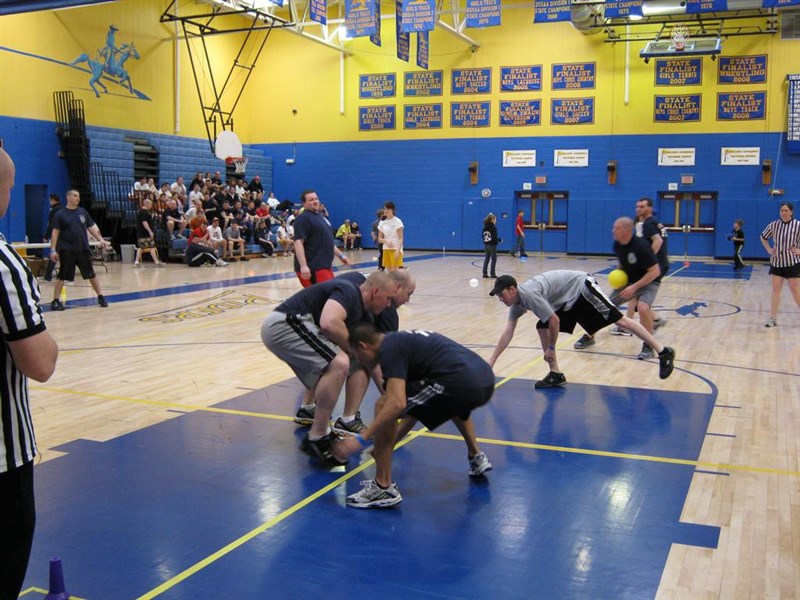 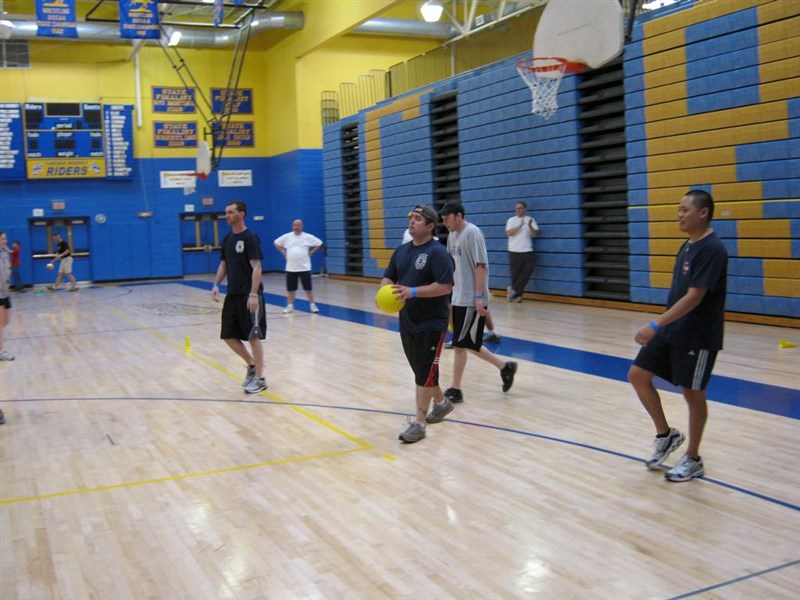