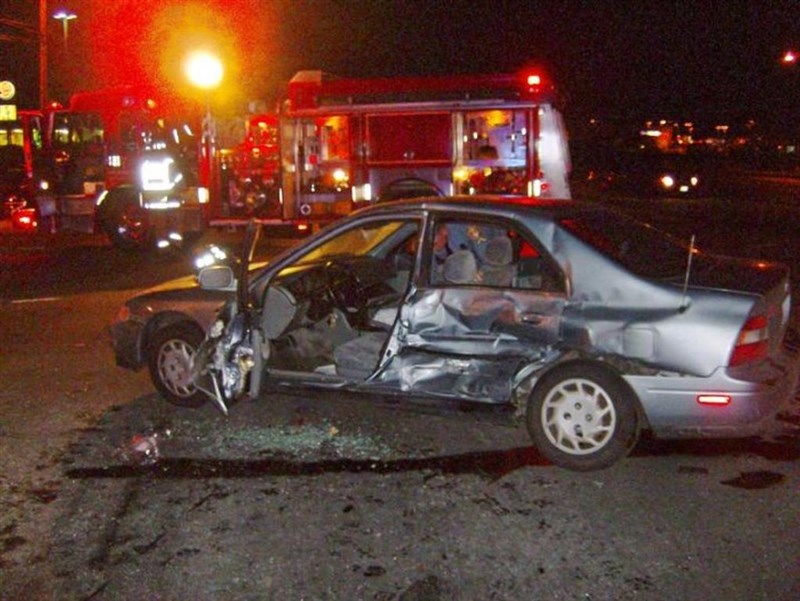 On Saturday, February 27, 2010 cover-up companies from Camden-Wyoming (41) and Clayton (45) assisted a small group of Christiana's own with protecting the district while we held our annual awards dinner. Engine Company 45 was placed at station 12 while members of Camden-Wyoming and Christiana staffed Rescue Engines 34 and 36 at station 3. The night started off rather quiet. The crew from Engine 45 along with Career FF/EMT Brandon Speakman (12-PD-1), who was in the Chief's Buggy for the night, met at station 3 for dinner with the other crews. Just as everyone finished dinner, two alarms were dispatched within seconds of each other. The first was a box alarm in Station 10’s (NEWARK) first due for a house fire and the second was an MVC on Interstate 95. RE-36 made the response to the house fire while Engine 45-3 and RE-34 made the response to the crash. RE-36 was cancelled by Newark Command prior to arrival and returned to quarters. RE-34 and Engine 45-3 arrived on the Interstate to find a two vehicle crash with one of the vehicles off the roadway. RE-34's officer (M. Leonard) placed the incident under control a few minutes later with a total of 2 patients transported to the local hospital. Later that night, another box alarm was dispatched in Station 9’s (NEWARK) first due for a report of a townhouse fire on Haine's Street in the city. RE-36 and 34 made the response. Engine 95 arrived on the scene with heavy fire showing from the second floor of a two story middle of the row townhouse. Both Station 3 units arrived seconds later, assisting with extinguishment of the fire along with, but not limited too, performing a primary and secondary search of the fire building and the Bravo exposure which received minor fire damage as well. While crews were wrapping up from the fire, Engine 45-3 was dispatched to an MVC on Pulaski Highway at the entrance to the Glendale development. FF/EMT Speakman (12 PD-1) arrived on location and reported minor entrapment and established Command. Minquas Engine 232 was added to the response but was cancelled prior to arrival due to the quick work by the crew from Engine 45-3. Command placed the scene under control and patients were transported to the local hospital. After a period of rest and relaxation, crews were dispatched to the Saddlebrook Townhouses for another box alarm. The report was for an odor of smoke inside the residence. Engine 45-3 and the Chiefs Buggy arrived to find nothing evident from a two story middle of the row townhouse. FF/EMT Speakman established Command and advised responding units that 45-3 had their own hydrant, taking the first due engine assignment. RE-36 arrived, taking the first due special service assignment while RE-34 took the second due Engine assignment standing by a secondary hydrant. After investigation, the burning odor was determined to be coming from the heater. The crew from 45-3 shut down the heater and Command placed the scene under control and units cleared Just as the cover up crews were preparing to go back to their own districts, another box alarm was dispatched in Station 7’s (NEWARK) first due. The report was for a building fire at the Villa Belmont Apartments. Engine 45-3 made response in place of Rescue 12. Engine 45-3 arrived first due to find a 3 story apartment building with a heavy smoke condition on all floors. At this time, 45-3 was the only responding unit to the box alarm. Additional companies were dispatched to assist, bringing a full response from station 3. Station 3 units arrived 3rd and 4th due behind Engine 95 and assisted with opening up and conducting a search of the building. The cause of the smoke was from a dumpster fire inside the trash compactor room in the building. The fire was extinguished and the smoke was cleared. The scene was placed under control and units cleared a short time later. The officers and members of the Christiana Fire Co. would like to thank the members of both Camden and Clayton for taking time out of their schedules to help us protect our community and those that surround us while our awards dinner took place. 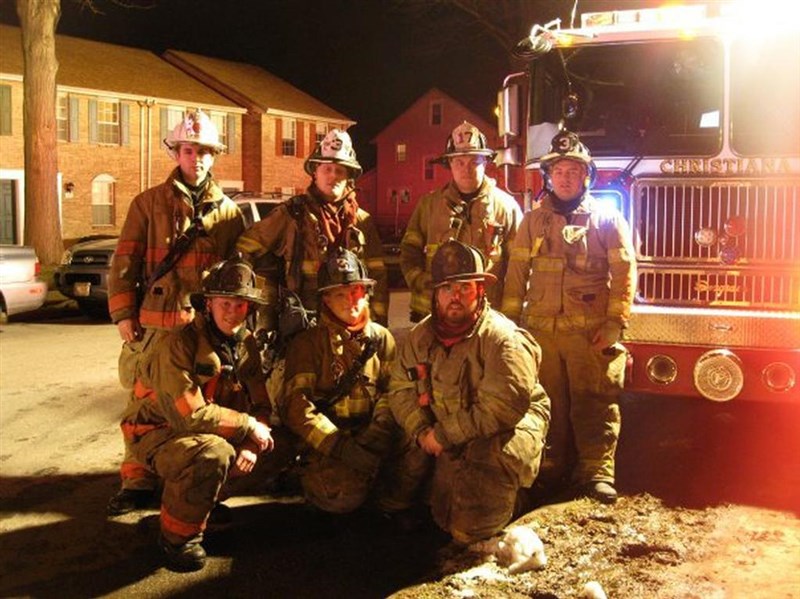 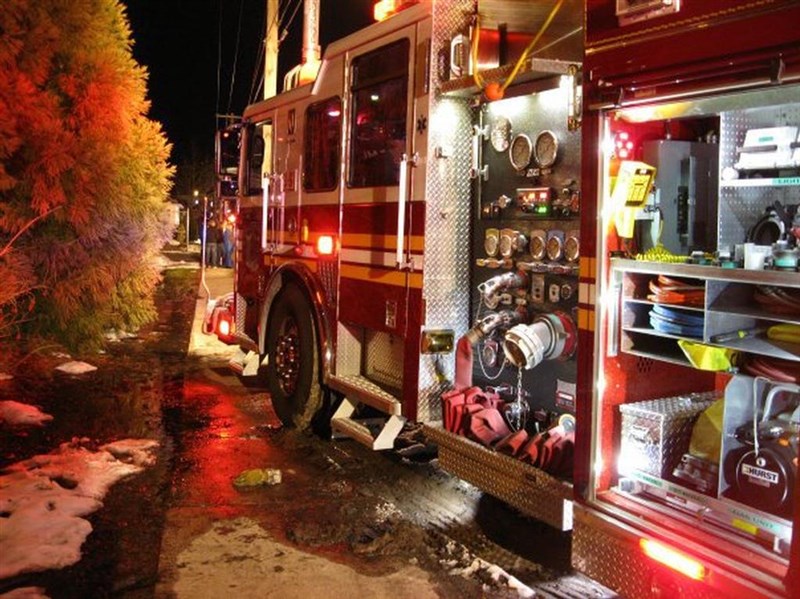 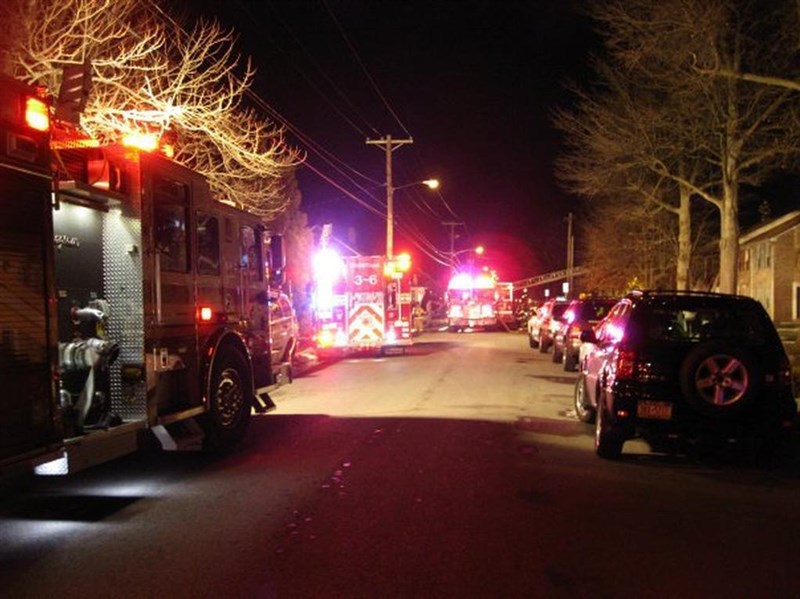 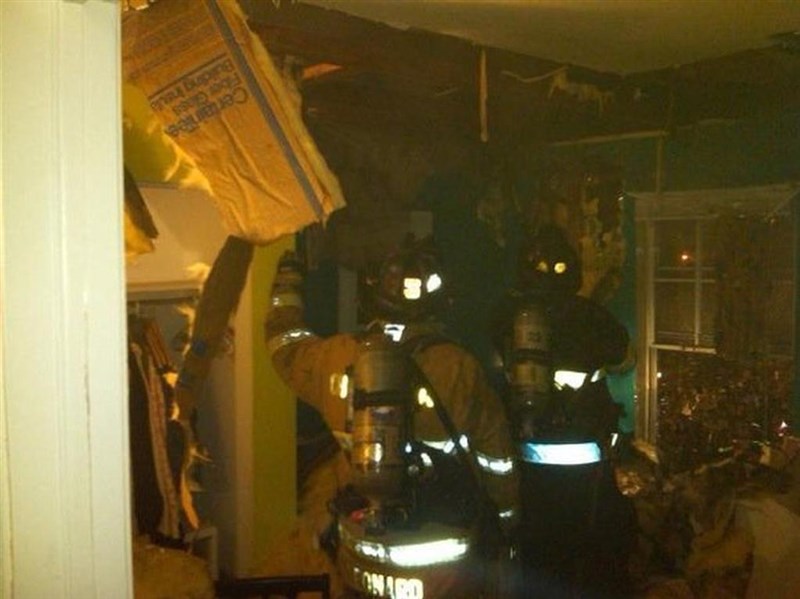 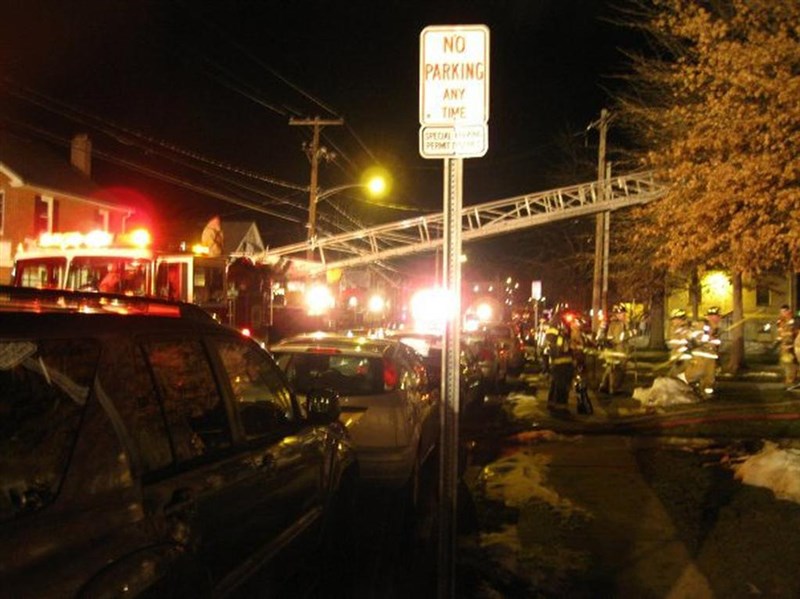 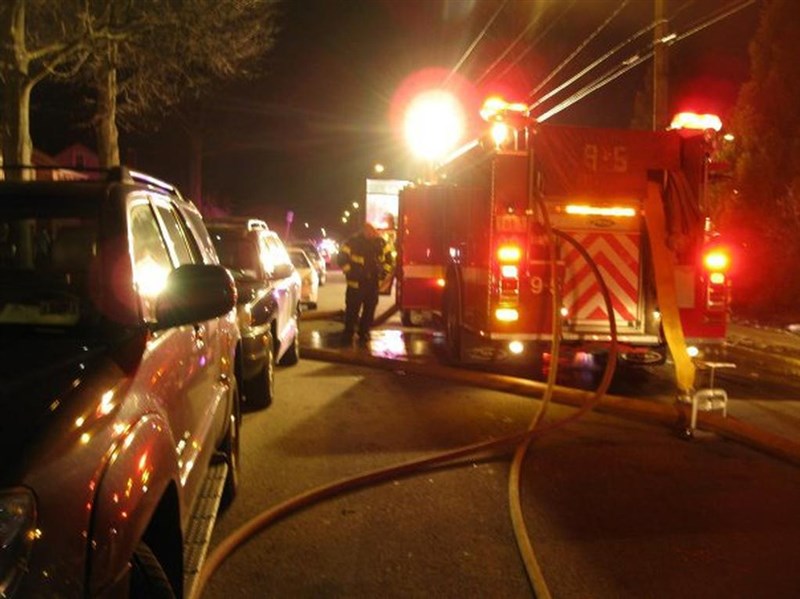 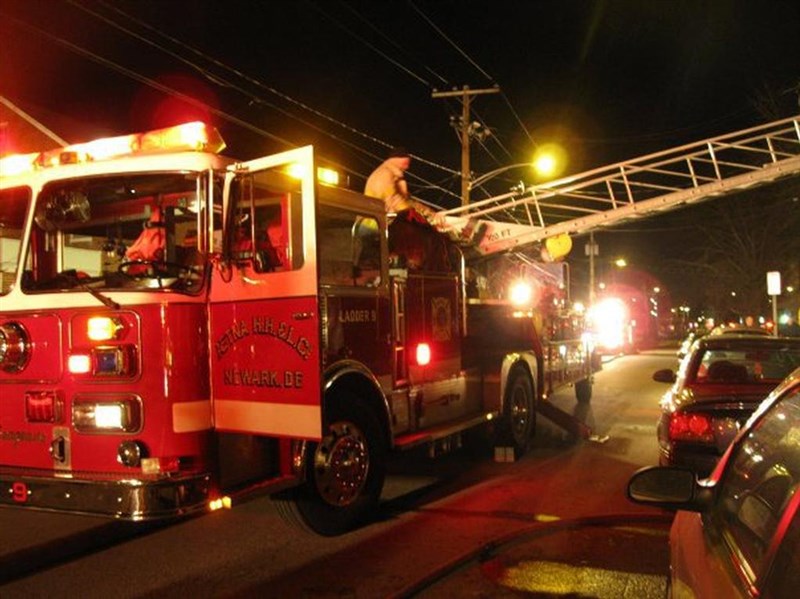 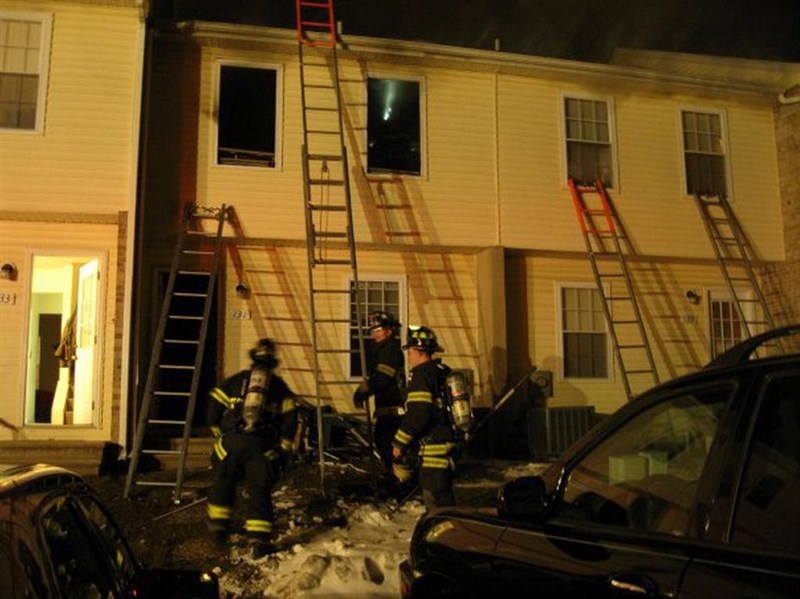 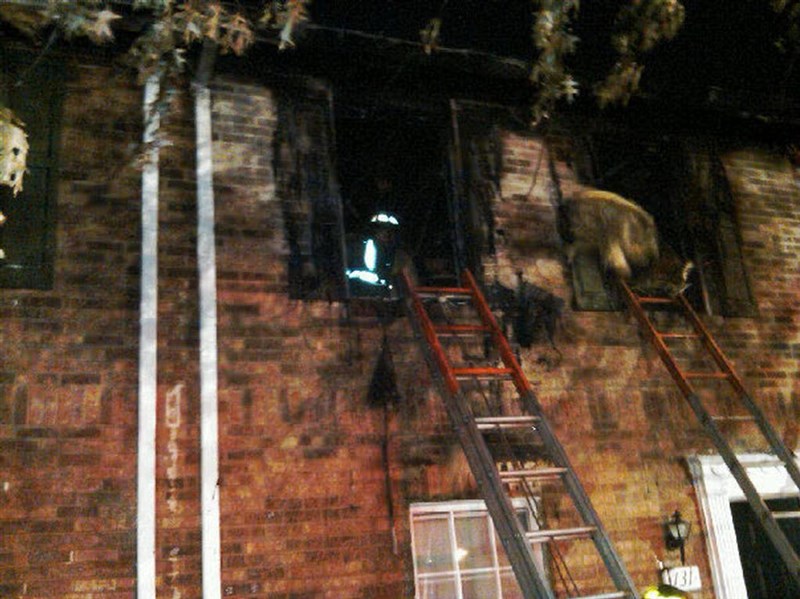 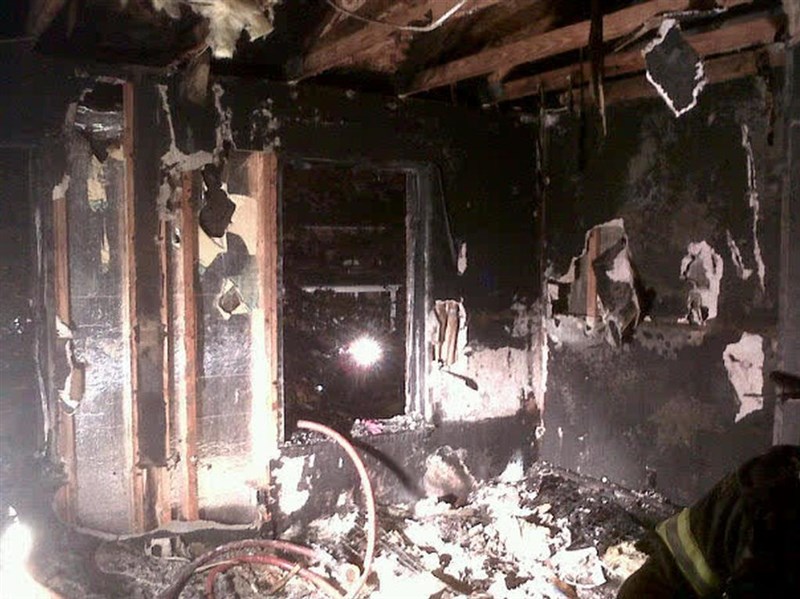 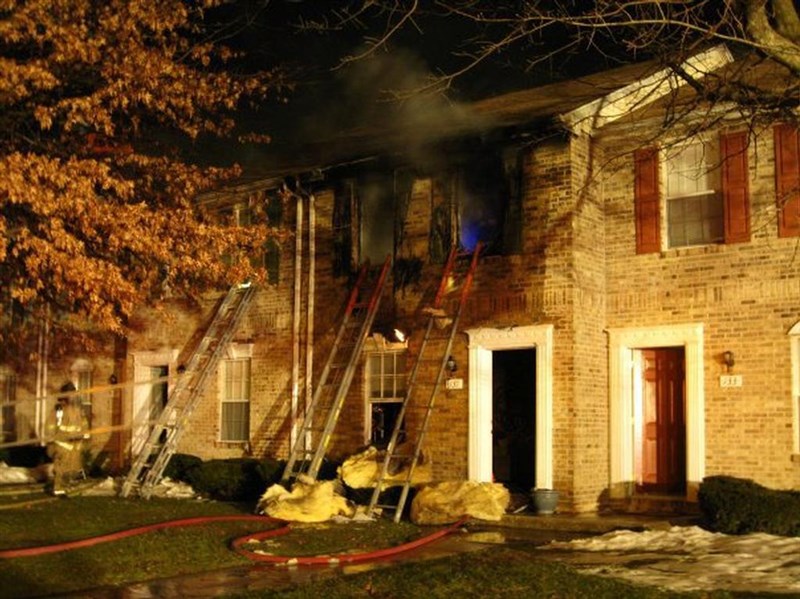 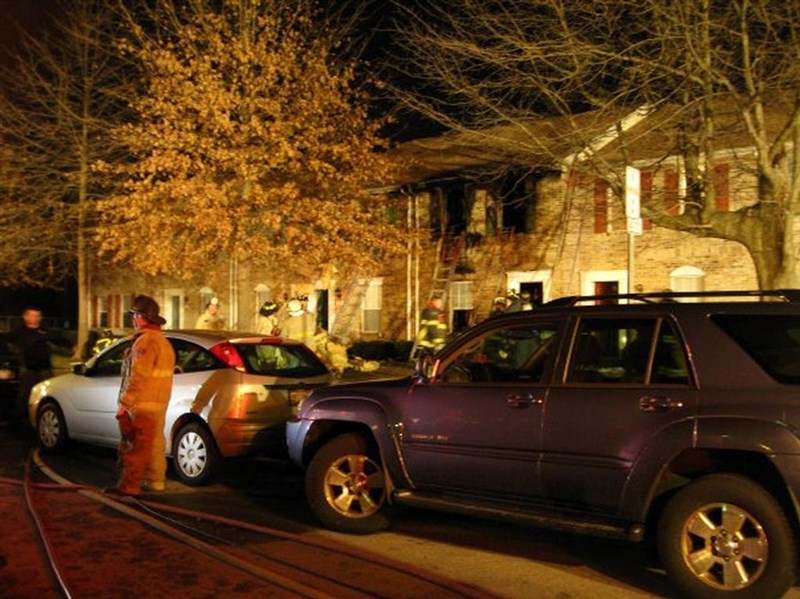 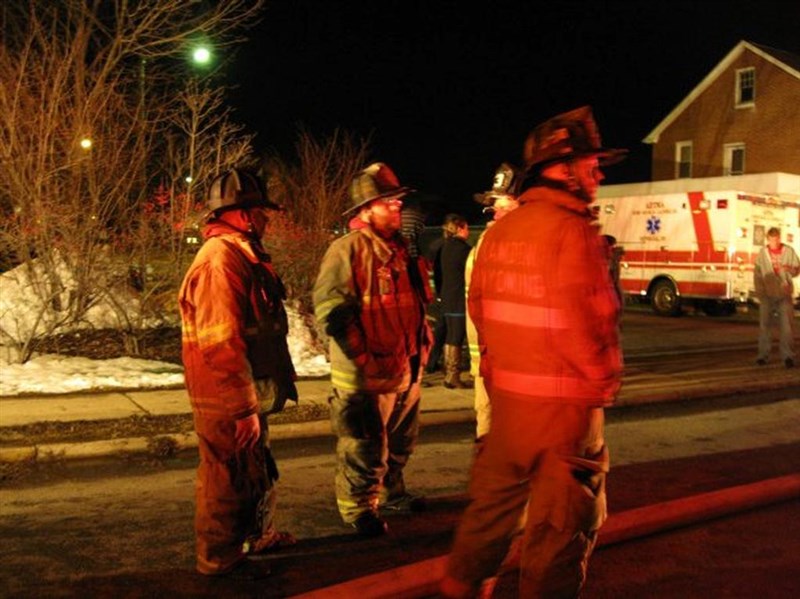 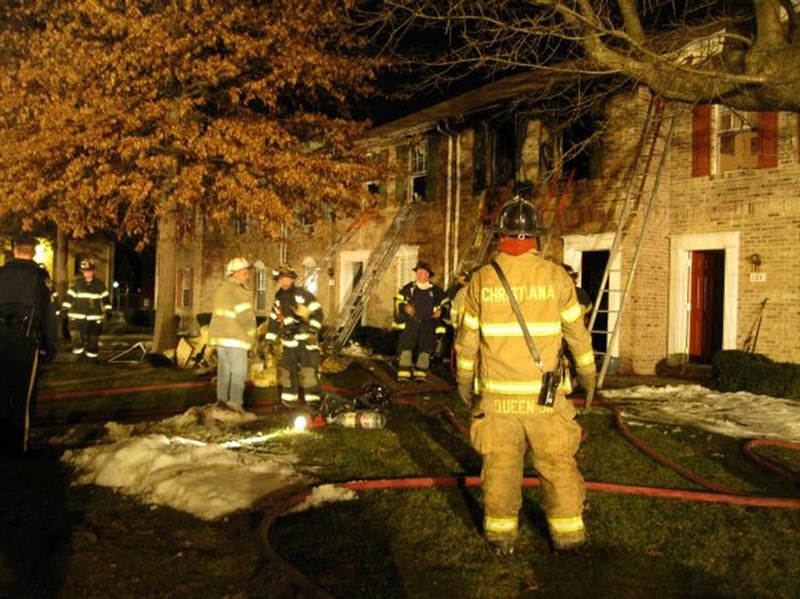 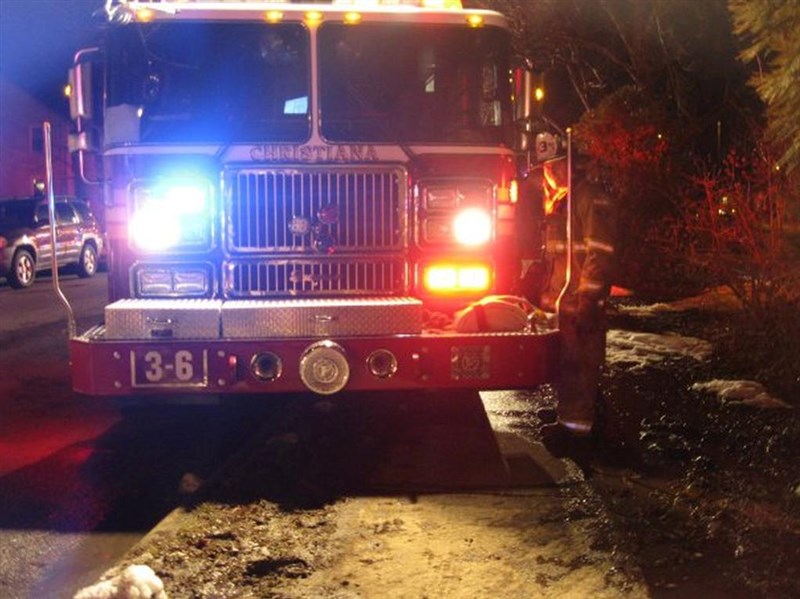 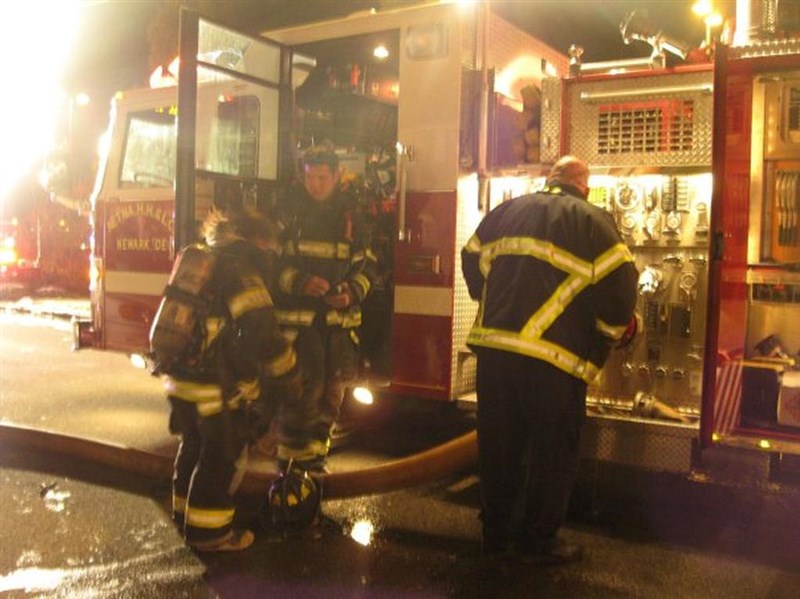 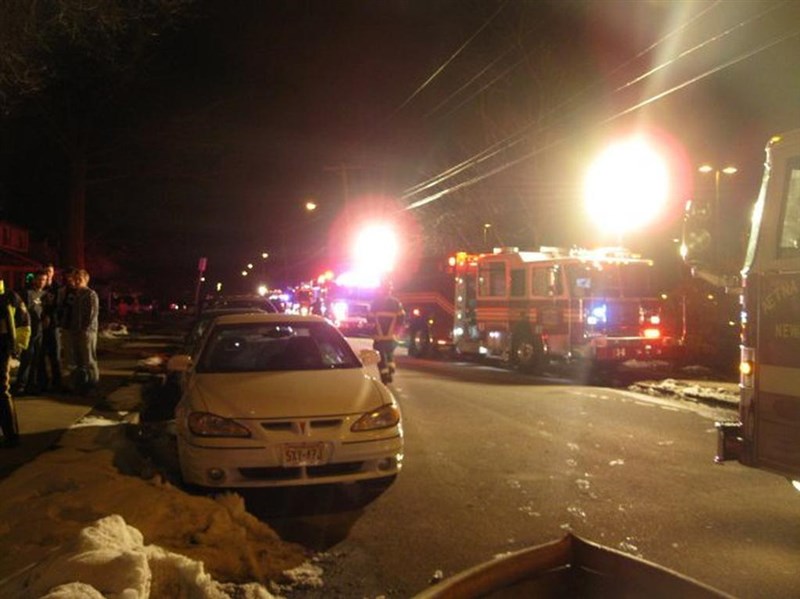 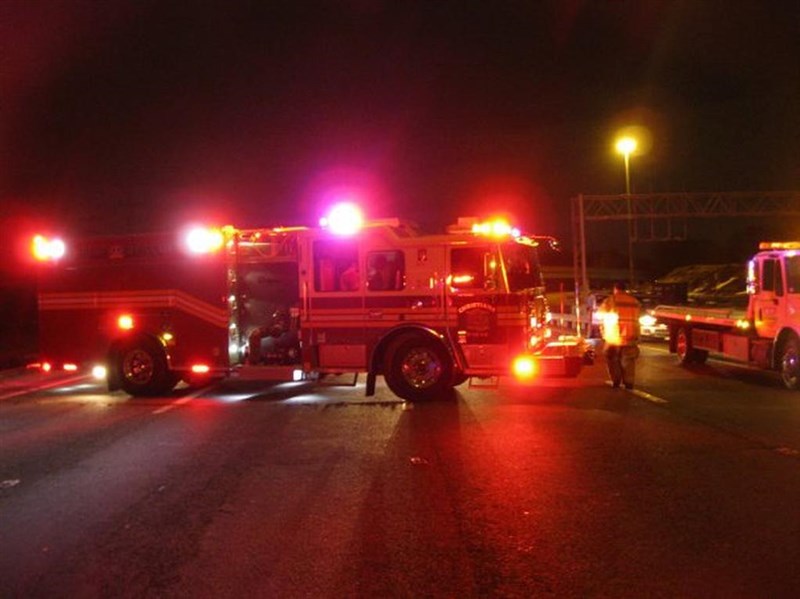 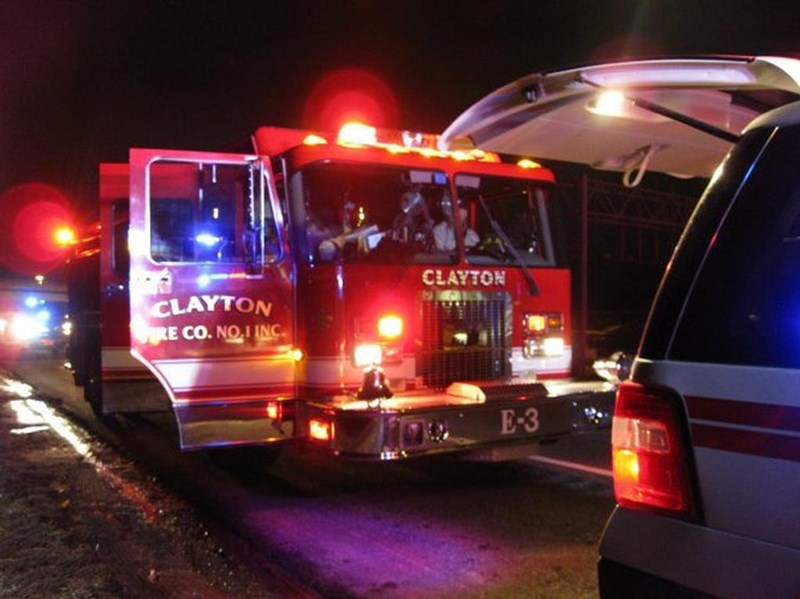 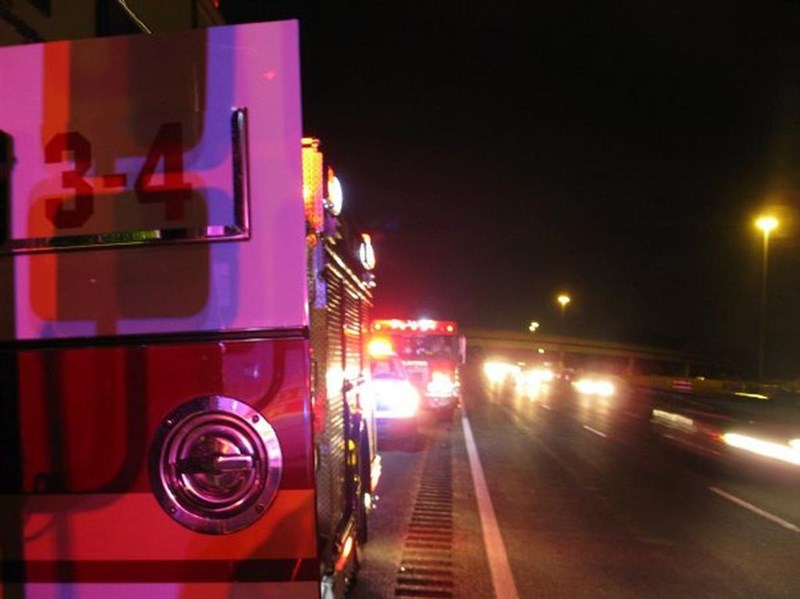 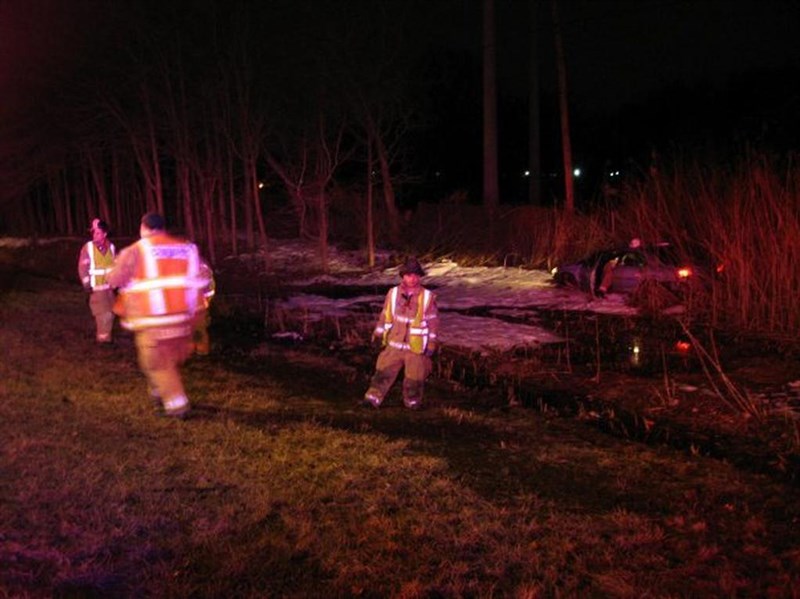 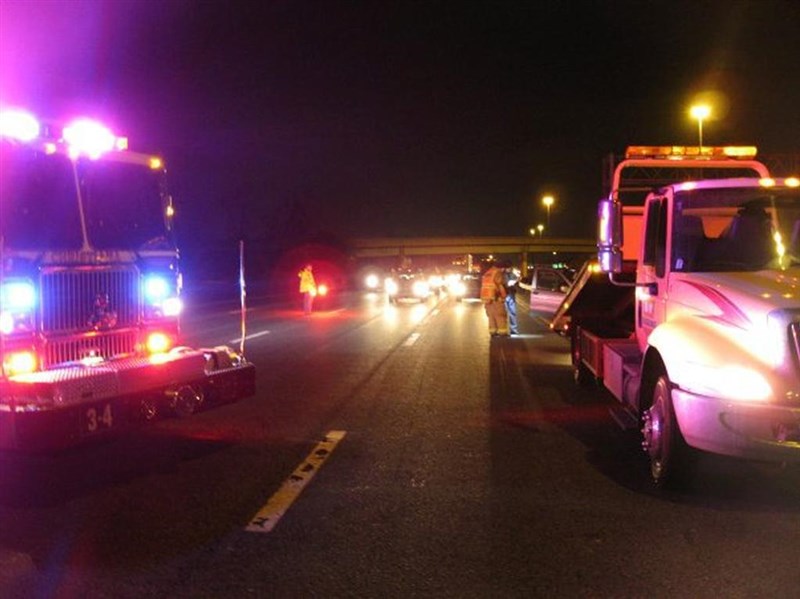 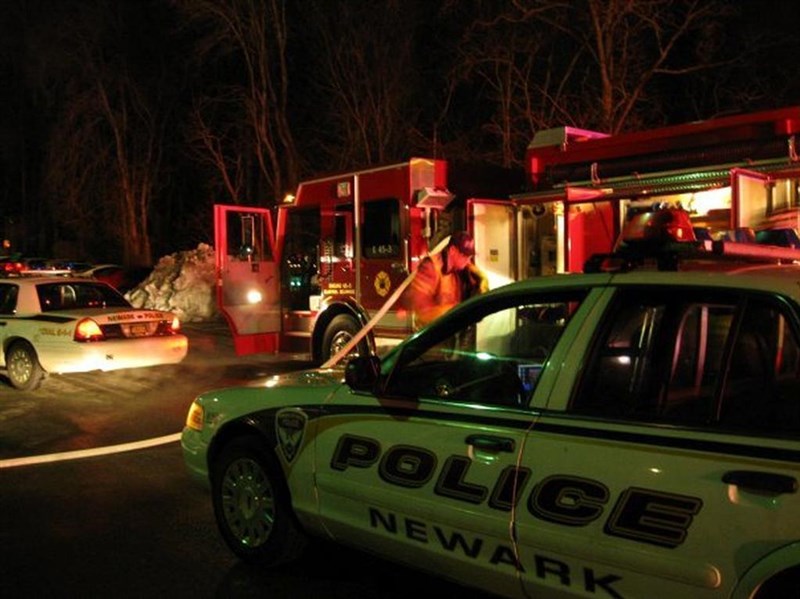 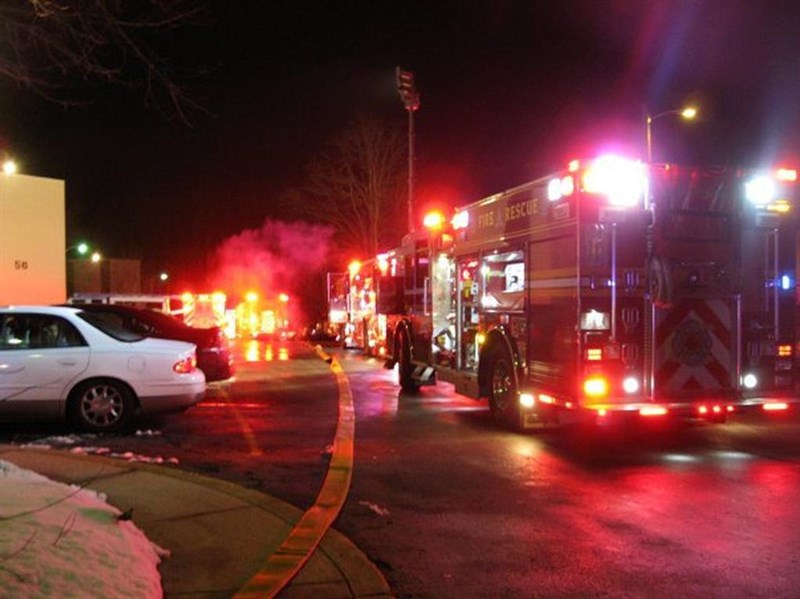 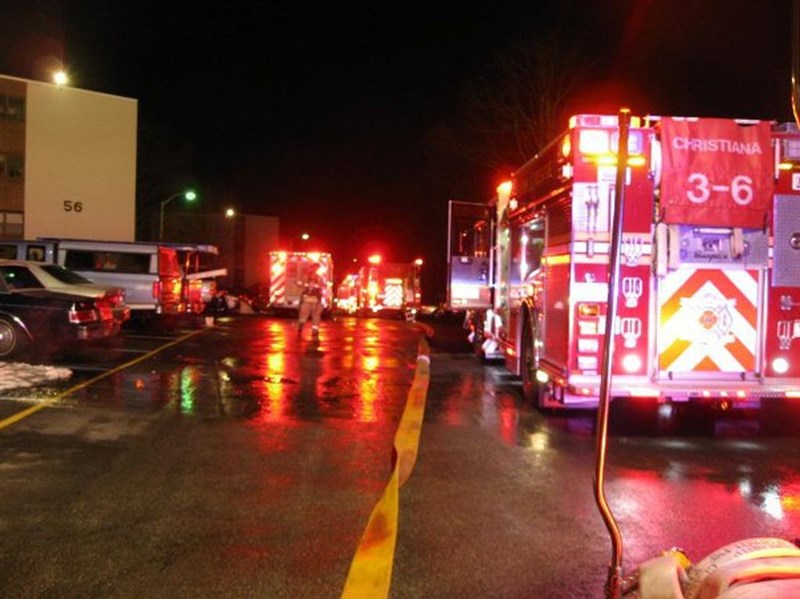 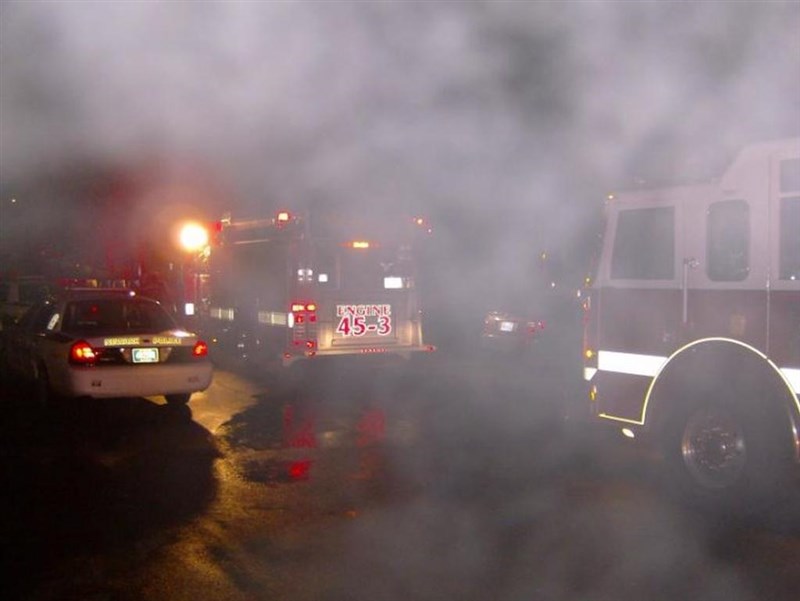 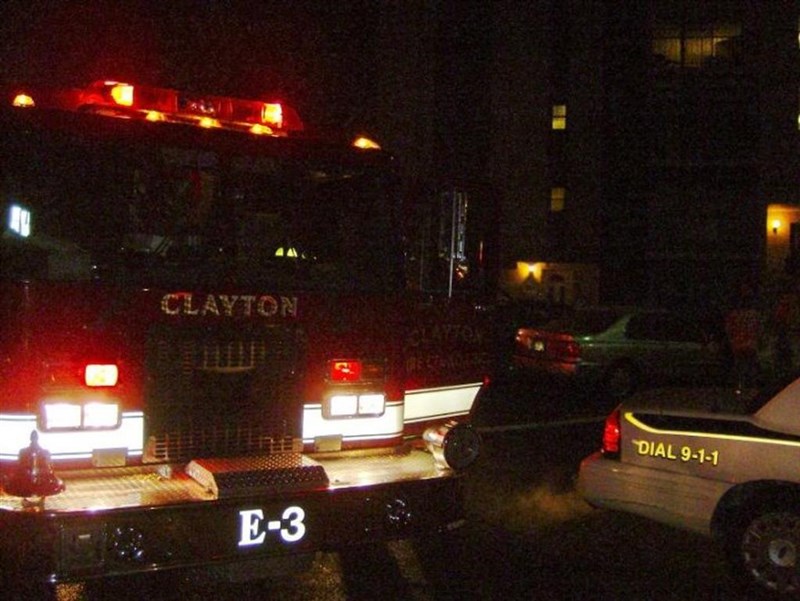 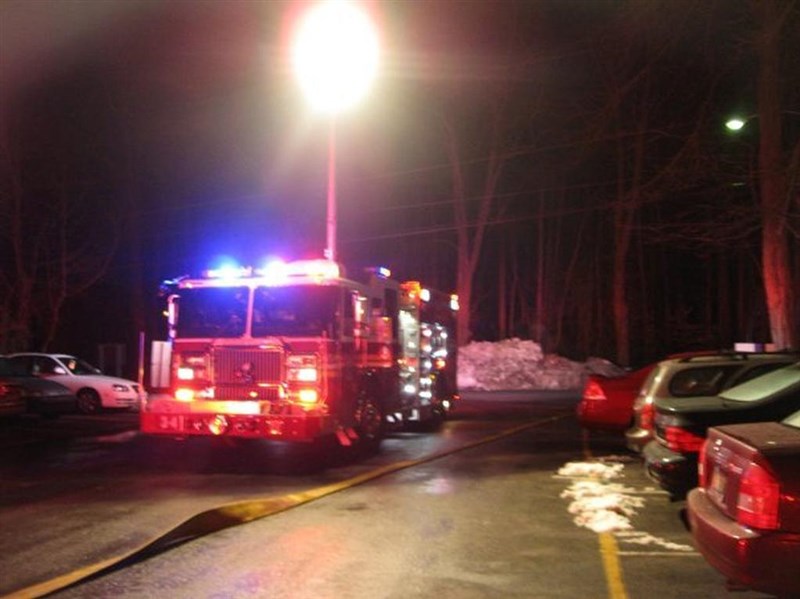