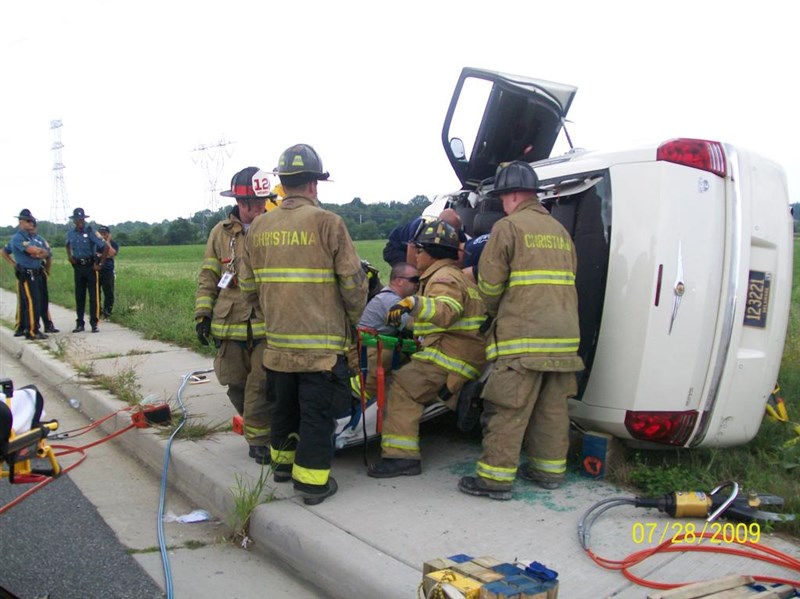 On July 28, 2009 at 12:22 hours the Christiana Fire Company was alerted for a Motor Vehicle Collision at Pulaski Highway and Walther Road. It was reported on initial dispatch that the vehicle had rolled over and an occupant was trapped inside. Rescue Engine 12-6 responded moments later with a full crew (6) while under the Command of Captain Winnington. A BLS unit arrived and confirmed the reported. 12-6 arrived and immediately got to work. Patient Care. Extrication and stabilization was in progress seconds after units arrived. The occupant was sucessfully rescued at 12:42 hours and transported to Christiana Hospital. Captain Winnington Controlled the incident at 12:48 hours and the units prepared for service. Rescue Engine 6-6 responded under the Command of Fire Fighter Hammel and assisted with the Extrication. Also responding were the Fire Police who assited with traffic control and ensured the safety of our Fire Fighters. Responding Units: Rescue Engines 12-6 and 6-6 ; BLS Units B-3 and B-12; Deputy Chief 12; Fire Police Officers Gilbert and Rentz 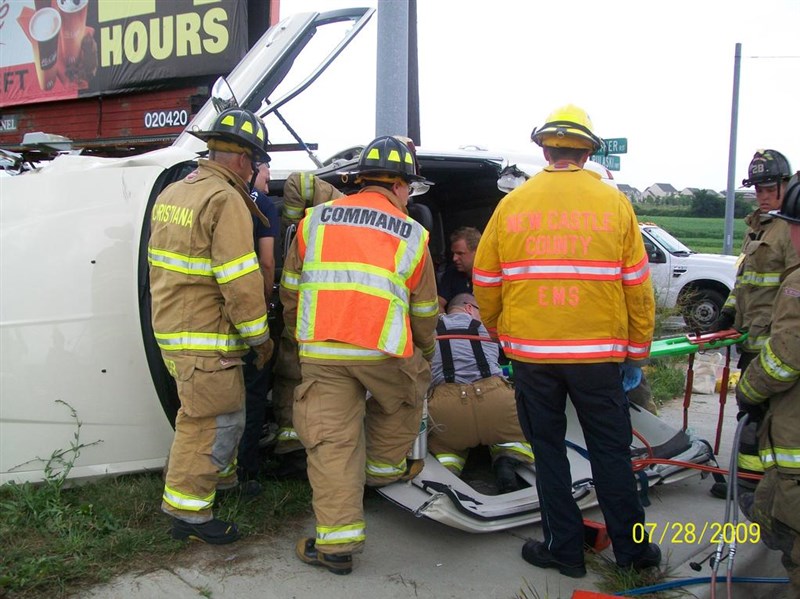 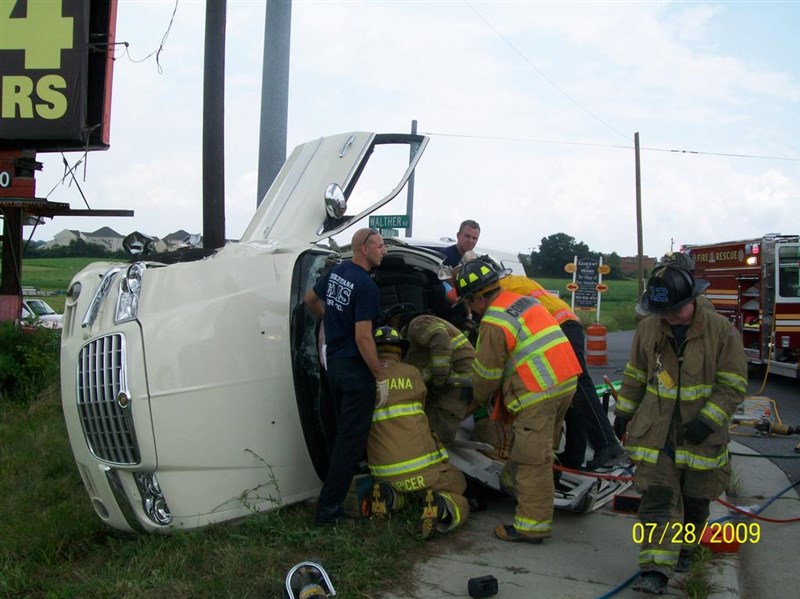 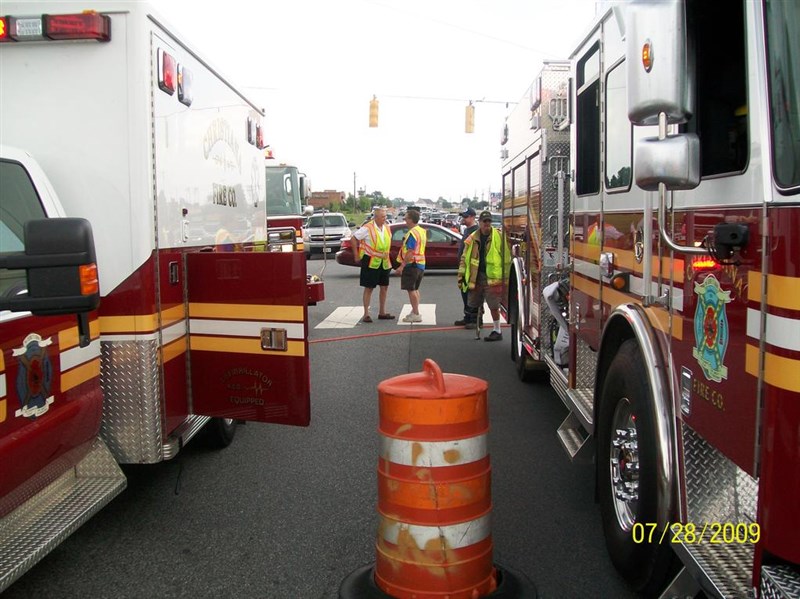 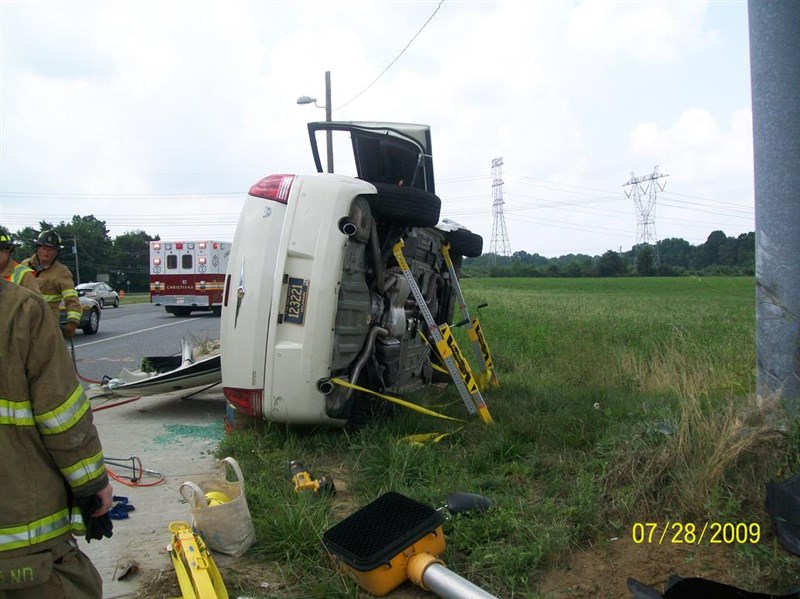 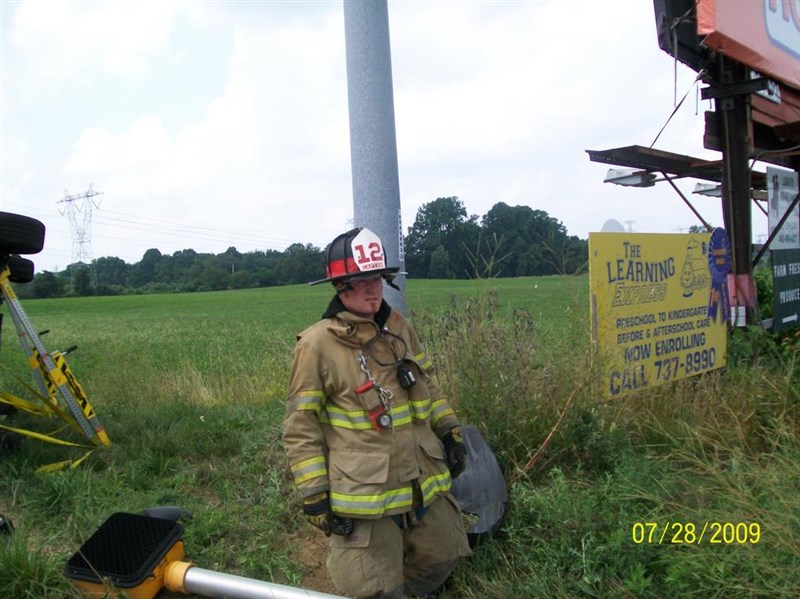 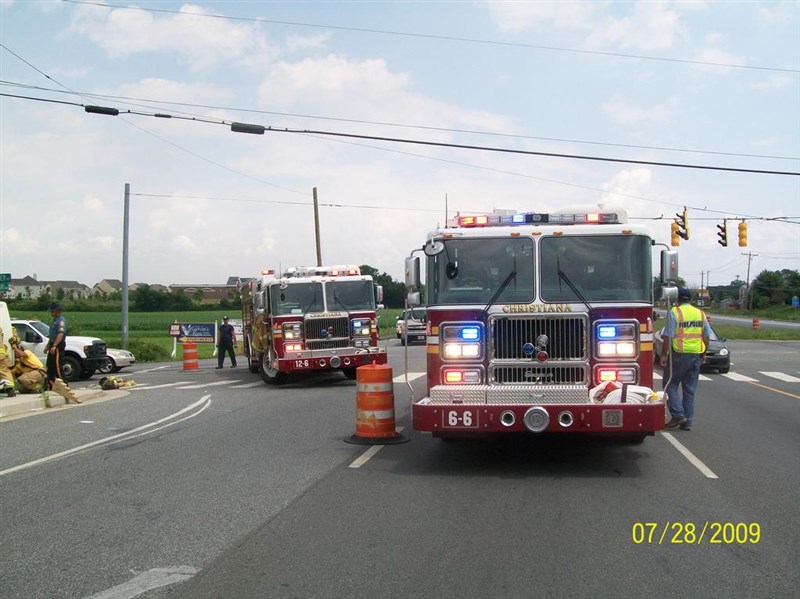 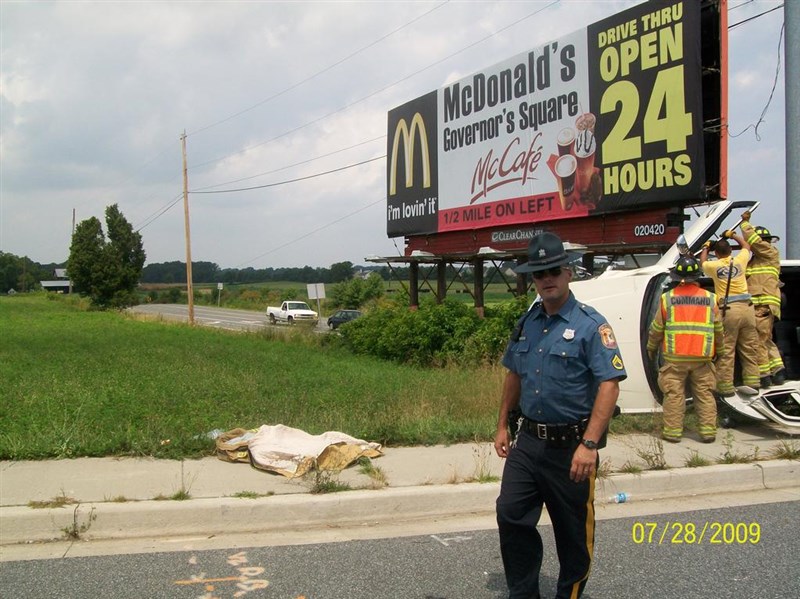 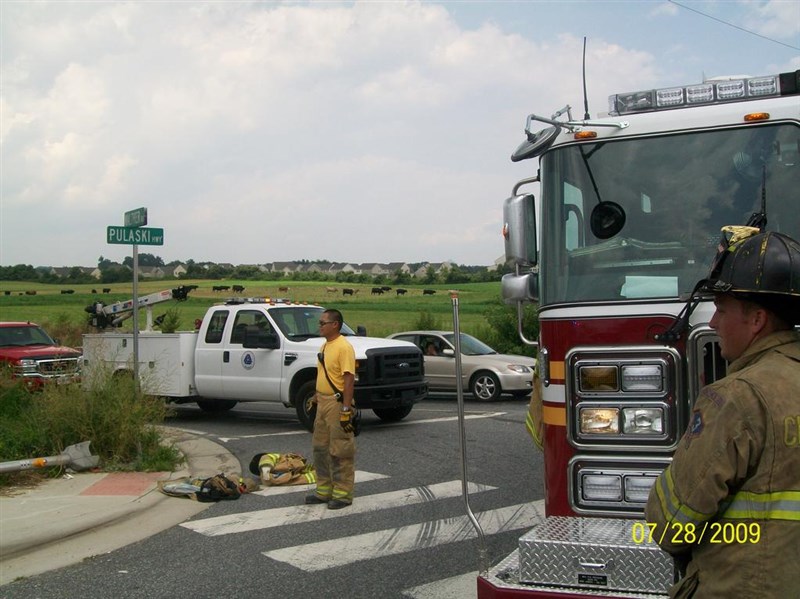