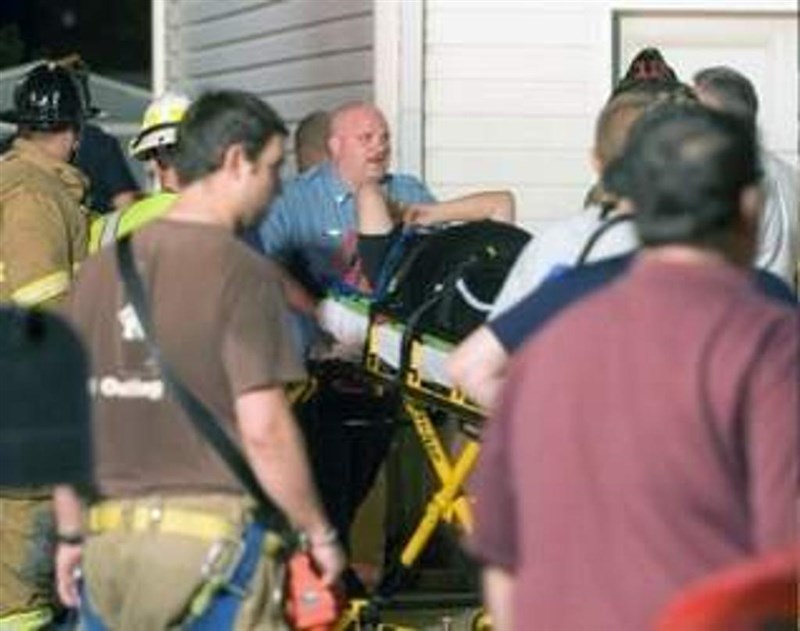 At 21:14 hours, Christiana, Port Penn and Aetna Hose Hook & Ladder Fire Companies and New Castle County Paramedics were dispatched to a structural collapse at the 100 block of Fantasia Drive. First arriving units discovered a deck attached to the rear second story of the residence had collapsed. There were approximately 20 people on the deck when it collapsed. Deputy Chief of EMS Hank Smith and Captain Billy Anderson, Jr. assumed incident command. Incident command upgraded the response upon arrival due to the number of victims involved. Ambulances from Townsend, Minquas, Cranston Heights and Wilmington Manor Fire Companies, as well as additional New Castle County Paramedics were dispatched. All were involved in transporting patients to local hospitals. Delaware City Fire Company provided standby EMS coverage during the event. A total of 14 patients were transported, 11 BLS and 3 ALS. Command placed the situation under control at 22:08 hours and the last units cleared at 22:42 hours. The scene was turned over to New Castle County building inspectors. Units responding: B-3, New Castle County Medic Units 5 & 6, ALS-29, ALS-16, EMS-12, EMS-1, A-29, B-6, 12-6, A-8, B-26, A-23, A-14, A-9, A-28, B-15