Following the Funeral Service, a procession will travel to the Veteran’s Cemetery in Millsboro, DE where Burial will take place at 1400 hours.

Members attending are requested to wear Class B uniforms. Uniform personnel should be at Station 12 by 1615 hours on Thursday and by 0930 hours on Friday. There will be a casket Honor Guard on both Thursday evening and Friday morning and we will need personnel to participate. There will be a uniform formation at the cemetery. Captain Speakman will be coordinating the Honor Guard and troop movements at the cemetery.
CFC apparatus will be in the procession from Station 12 to the cemetery in Millsboro.

Lawrence H. “Larry” DuHadaway, Jr., age 70, of Millsboro, DE and formerly of Christiana, DE, passed away peacefully on Monday, July 16, 2018, surrounded by his loving family. Born in Wilmington, DE on July 20, 1947, he was a son of the late Lawrence H. and Aileen (Thomas) DuHadaway, Sr. Larry attended Christiana High School. Following graduation he enrolled in the U.S. Army and proudly served in the Vietnam conflict from 1966 – 1968. Throughout his career, Larry worked for Wilmington Fire Department as a chief engineer, A.I. DuPont Children’s Hospital as a transportation director, J.J.I.D Construction as a welder and Delaware State Police as a dispatcher. Larry was an honored lifetime member of the Christiana Fire Company, dedicating 51 ½ years of service. He was also a member of the Mason Hiram Lodge No. 25, A.F & A.M. in Newark. Larry enjoyed the outdoors, especially fishing, boating and crabbing. Often called “The Mayor of Pot Nets Bayside,” you could always find him helping his friends. His fondest memories are the moments spent with his grandchildren. In addition to his parents, Larry was preceded in death by his brother, Timothy DuHadaway and sister, Sandy Faulls. He is survived by his loving wife, Elizabeth A. (Davis) DuHadaway; daughter, Kelly Maniscalco (Mark Sporay); son, Larry “Bub” DuHadaway, III (Kristy); son-in-law, Frank Maniscalco; grandchildren, Madison and Matthew Maniscalco and Koryn and Shane DuHadaway; sisters, Nancy McConnell and Holly Sharp; goddaughter, Amanda Faulls; 26 nieces and nephews; 4 brothers-in-law; and 5 sisters-in-law. A visitation for family and friends will be held from 5 pm until 7 pm on Thursday, July 19, 2018, at the Christiana Fire Company, Station 12, 2 E. Main Street, Christiana, DE. A second visitation will be held from 10 am until 11 am on Friday, July 20, 2018, at the Christiana Fire Company, where a funeral service will begin at 11 am. Interment will follow at 2 pm in Delaware Veterans Memorial Cemetery, 26669 Patriots Way, Millsboro, DE. A celebration of life will be held on Monday, July 23, 2018, where family and friends may gather from 4 pm until 7 pm, at Pot Nets Lakeside Community Center, 33076 Rock Cove, Millsboro, DE. In lieu of flowers, donations may be made in Larry’s memory to Christiana Fire Company, Building Fund, Station 12, 2 E. Main Street, Christiana, DE, 19702 (donations will be allocated for the museum expenses). 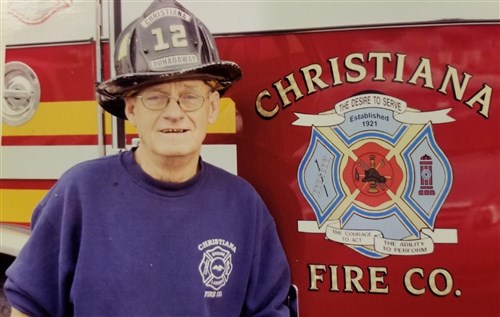 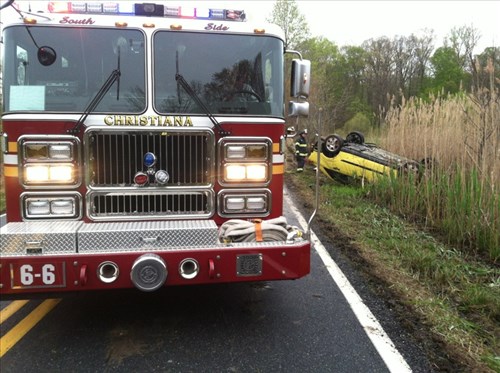